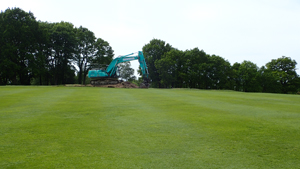 And some of the course looked like a battlefield as on-going improvements were in hand but generally these were off course and did not affect the playing area. However, John Rea did try to take out a digger on the 11th and had his ball runover by a dumper truck!

The day began with a goody bag of tees, marker, pencil and ball (with the Sparta name & logo) for all courtesy of our new President. Suitably equipped members braced themselves for the ensuing battle.

First up was the Pepler Cup which was very close fought with four pairs recording 36 points. Early on, John Rea and Mark Hitchen held the lead in the clubhouse with 41 points ahead of James Milligan and Mike Arney (39 points) but 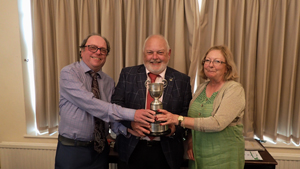 it was husband and wife team of Kevin and Phil Ryan who took the honours with a magnificent 43 points.

Recouping with sandwiches and chips for lunch, members spoke of the excellent course, despite the works, and memories drifted back to the horror of our day at the adjacent Shire course a few years earlier.

Rearmed, skirmishes continued after lunch as the singles got underway for the President’s Tankard. John Rea led the charge as he had three gross birdies and one net birdie in the first five holes. His momentum seemed to be upset though possibly due another society ahead of us slowing up the pace. He did record another gross birdie at the short 15th but his back nine could not match his excellent front nine.

Another good round was by Anthony Ash, a new member this year, who recorded four net birdies and one net eagle in his round of 35 points. In the end though he had to take second place to John.

The President’s Tankard competition was also the second leg of the Lovell Salver, the first leg being played at the Autumn Meeting last year. On paper it looked to be a close contest with both John Rea and Vince Rossiter bringing forward 40 points with Andrew Gardner close behind on 39 points. In the end John Rea was the easy winner, totally 77 points with James Milligan snatching second place. 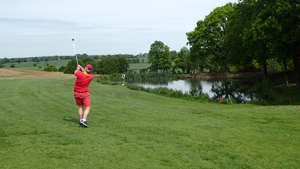 For the President’s special prize, points on par 3’s and par 5’s both morning and afternoon were totalled. In the end, there were four players leading the charge on 17 points and, with 12 points in the afternoon, Mike Arney was declared the winner and was presented with a bottle of malt whisky.

All in all it was a great day, only slightly marred by slow play in the afternoon and here it is prudent to remind members to play ready golf and keep up with the group in front. However, members went away with smiles on their faces due to the excellent stand-up routine from our President during the presentations.

For a more realistic re-enactment, see below: 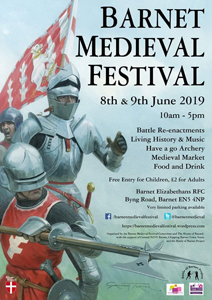