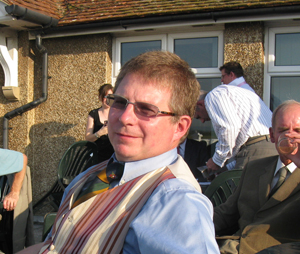 Paul had been a member of the Society for a number of years although hadn't been able to take part in events in recent years. He was the the proud winner of the Addison Plate in 1996 and followed that with a win in 2003 of the President's Tankard, a two-time winner of the Summer Tankard and took the Claret Jug in 2008. He became Captain of the Society in 2006 and was always a popular supporter of the Society.

Paul died from liver failure and bronchial pneumonia. He was 54.