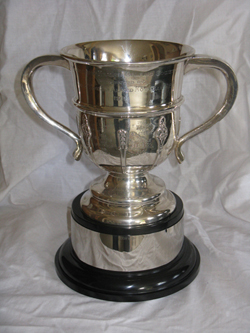 This is a matchplay knockout competition between the current holder and the top 7 or 11 players depending on the number of qualifying players from the Golfer of the Year final table from the previous year. If the current holder wishes to compete but is not in the top 8 or 12 positions of the previous year's GOTY table, he/she shall be nominated 8th or 12th place. In the event of ties in the GOTY table, the top 8 or 12 will be decided by highest points totals at the Autumn Meeting.